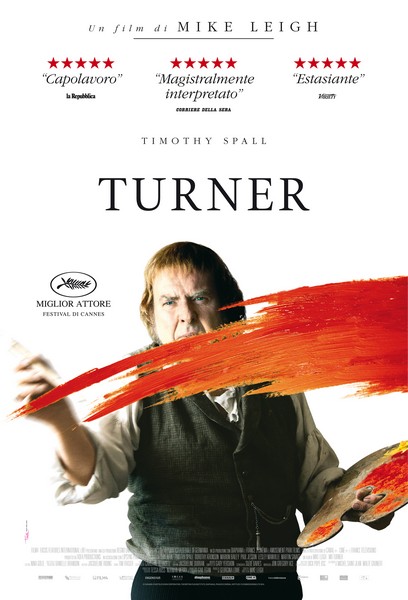 TURNER recounts the last quarter century of life of the great painter JMW. Turner (1775-1851), determined man, temperamentoso and uncompromising, and tireless traveler.
Deeply affected by the death of his father, his assistant and former barber, Turner binds to a widow who runs a boarding house on the sea, Mrs. Booth, and is harassed by a former lover, Sarah Danby, by whom he had two illegitimate daughters - now adults - of which persists in denying the existence.
It 'a frequent guest of the landed aristocracy, frequents a brothel, is fascinated by science, from photography and railway, is a member of an anarchist but estimated the Royal Academy of Arts, and one day gets tied to the mast of a ship to paint a snowstorm.
All this time he is loved by his devoted housekeeper, Hannah, Turner does not return, and uses it to satisfy his sexual appetites, never showing any real interest for her or about.
Will eventually lead a double life, by living incognito with Mrs. Booth in Chelsea, where he died, without which it is Hannah never know until the end.