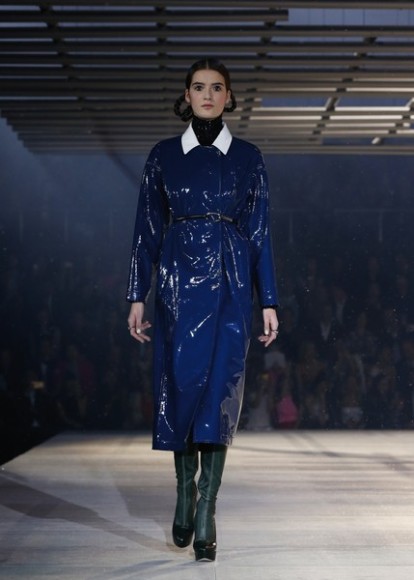 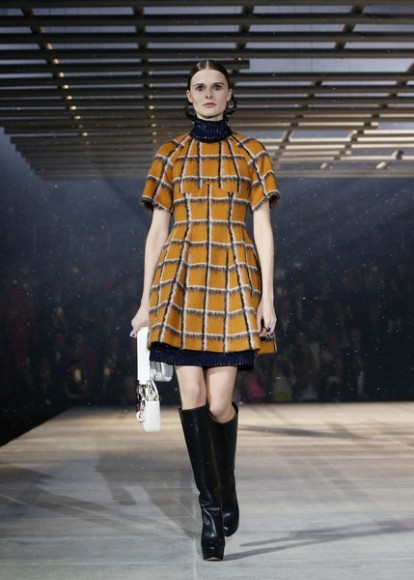 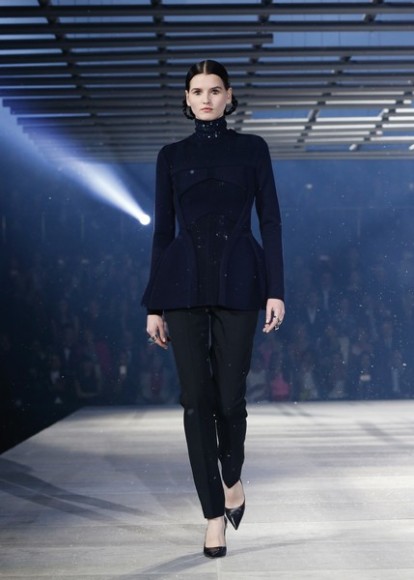 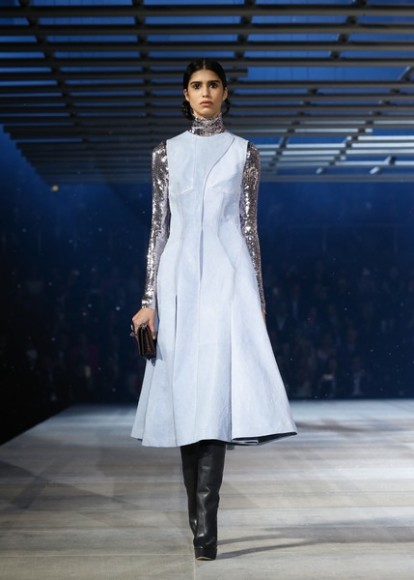 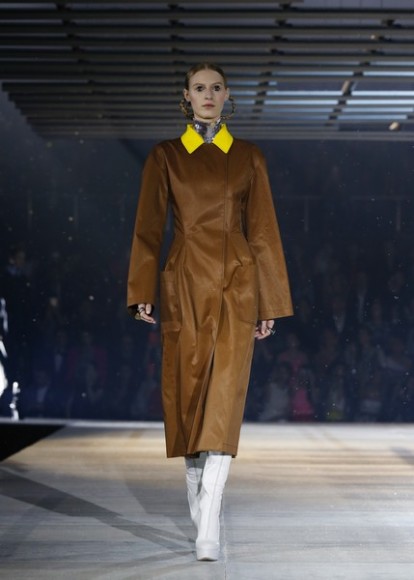 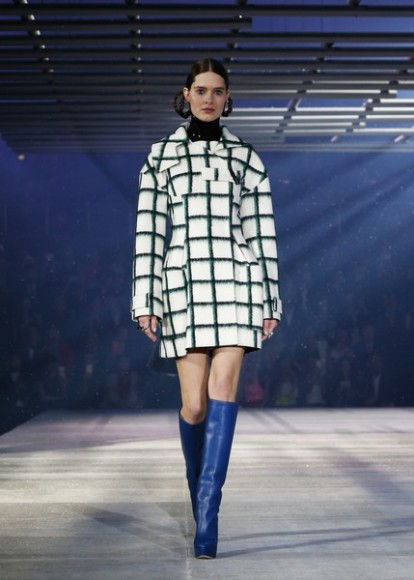 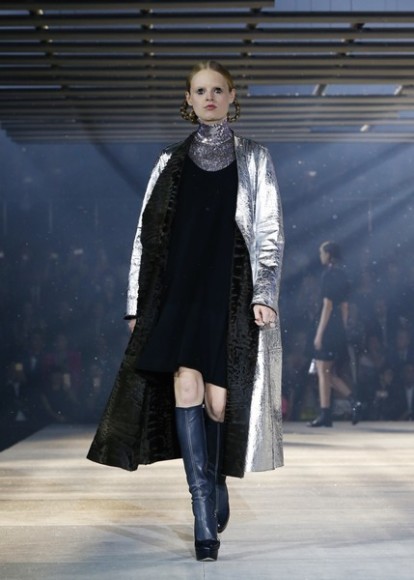 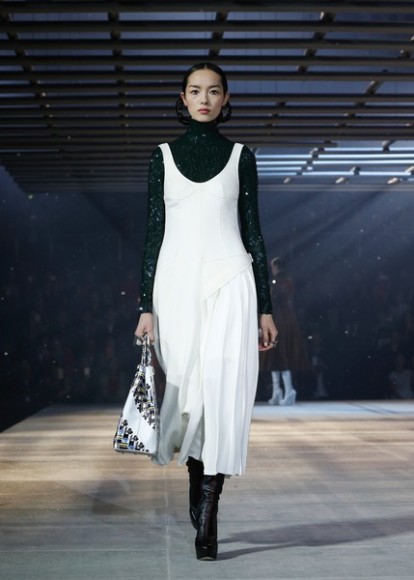 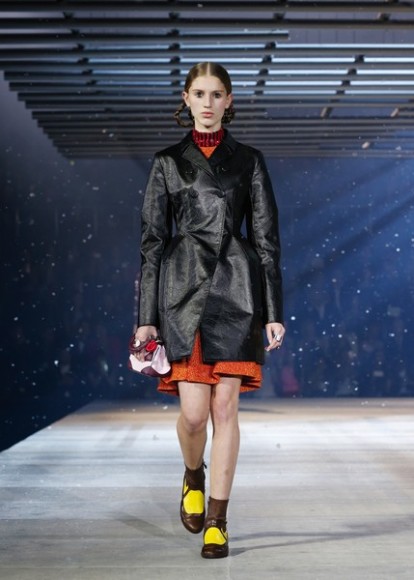 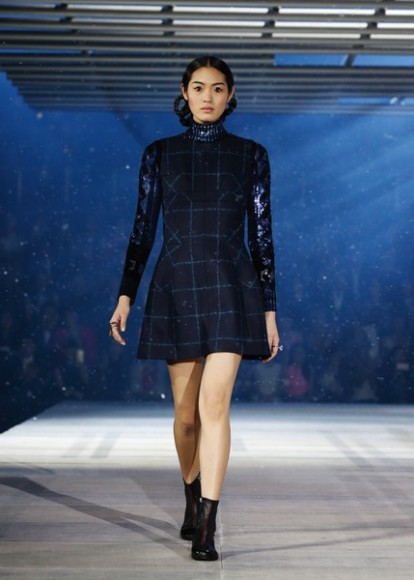 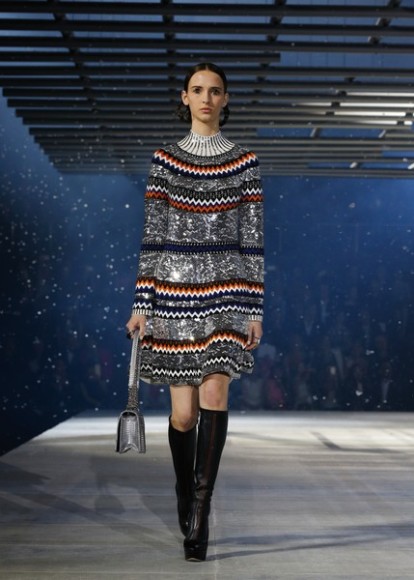 Megalopolis : From the very idea of ​​a futuristic metropolis, and take it to a vision that is both real and fantasy style of this sprawling city that is Tokyo. With the collection Dior spirit Tokyo 2015, Raf Simons, Artistic Director Christian Dior, brings together East and West, drawing inspiration harmonies and stylistic contrasts that has been observed in the capital of Japan.
"Tokyo has always been for me a source of inspiration, explains Raf Simons. Especially for the freedoms that people make in their way of dressing, we do not find that anywhere else : Freedom styles, new clothing architectures you can see the birth of both the streets and in the tradition of creative fashion of the city ... It's a place for both radical and exhilarating. »
A new kind of Floating World is evoked in the collection ; a place of freedom and pleasure which the practical and daily meddle, then giving birth to a unique functional and clean glamorous Dior. It is the convergence of all these radically different styles that form the so singular silhouettes where fantasy and reality coexist. The contrast of matte and gloss, parts of the day and evening, a dark palette to male primary color hues raised trenches, a crude pragmatism that is refined and pure luxury : it is through these oppositions that defines the collection.
The flakes are a recurring motif contrast, completely covering high. On some parts, their embroidery jacquard mimic traditional Scottish mesh, they render shiny and flatten. Other, flickering on sub-neck sweaters which only the excess of the gross tissue of the above items : Thick woolen, washed leathers or coated cottons.
The architecture of the Bar jacket is the basis of this collection, but here it is detached from any classical. Its curved structure becomes more angular, more graphic and approximates aesthetics manga. Worked in coated cottons and woollens traditional English, it diverts their male connotations, reinventing duffle coat and becomes an element of this new daily language, own to the collection.
The Lady Dior bag also speak this language, which aims to divert classic. Giant, it becomes an everyday bag ; mini, it is a broad shoulder ornament : this absolute Dior icon adopt codes of aesthetics kawaii.
"When I think of Tokyo, what comes to mind is this mix of glamor, urban environment and outdoor, explains Raf Simons. It is this contrast that tends to make the silhouettes of Japanese women so emblematic and projects them into the future. »
Megalopolis: embracing yet going beyond the futuristic metropolis, to the fantasy and reality of the sprawling city of style that is Tokyo. In the Esprit Dior Tokyo 2015 Collection, Raf Simons, Artistic Director of Christian Dior, has the West meet the East and takes inspiration from the extreme confluence and contrast of competing styles found in the capital of Japan.
“Tokyo is a place that has been and is so constantly inspiring to me,” says Raf Simons. “Particularly in terms of the liberty people take for themselves in how they dress, there is nowhere else like it; the freedom of styles, the new architecture of clothing that you can see forming in the street as well as in city’s fashion design history… It’s a place that is both extreme and exhilarating.”
A new kind of ‘Floating World’ is evoked in the collection; a place of leisure and pleasure mixed with the practical and the everyday, forming a new type of ‘utilitarian glamour’ for Dior. Here, an extreme contrast of styles is embraced and formed into single and singular silhouettes where fantasy and reality coexist. The contrast of matte and shine, evening and day, a subdued and masculine colour palette placed alongside bold primaries, the practical and rough hewn mixed with the hyper-luxurious and refined, all are defining features of the collection.
The paillette is a constant contrasting motif, applied to and covering fine knits. Here, the paillette knits frequently mimic their traditional, utilitarian counterparts such as the cable, Aran and Fair Isle, now flattened and made into high-shine patterns. Or they feature as a glinting form of layered undergarment and polo neck, placed under more utilitarian and everyday fabrications such as thick wools, washed leathers and coated cottons.
The architecture of the Bar is invoked as a foundation for the collection, yet is taken away from any of its lady-like connotations. Here, its curvilinear structure is made more angular, graphic and Manga-like. Worked in utilitarian fabrics such as wax coated cottons or traditional English wools and applied to garments with more masculine connotations, such as a spin on the traditional duffle, the Bar becomes part of a new practical language in the collection.
The Lady Dior bag also becomes part of this subverted language of the classic. Blown up to giant, practical proportions or made tiny and more decorative with thick straps, this classic now fully embraces the connotations of kawaii.
“In Tokyo I think of the sliding together of things that are glamorous, of the urban environment as well as of the outdoors,” explains Raf Simons. “This contrast goes to make iconic women in iconic silhouettes and idea of projecting into the future.”

Alexis Mabille was instructed to dress and decorate BHV. Starting from 14 November, you can buy accessories of the French designer created a limited edition for BHV. Alexis Mabille oversaw the exhibition of "Noël au Pays du Bazar"