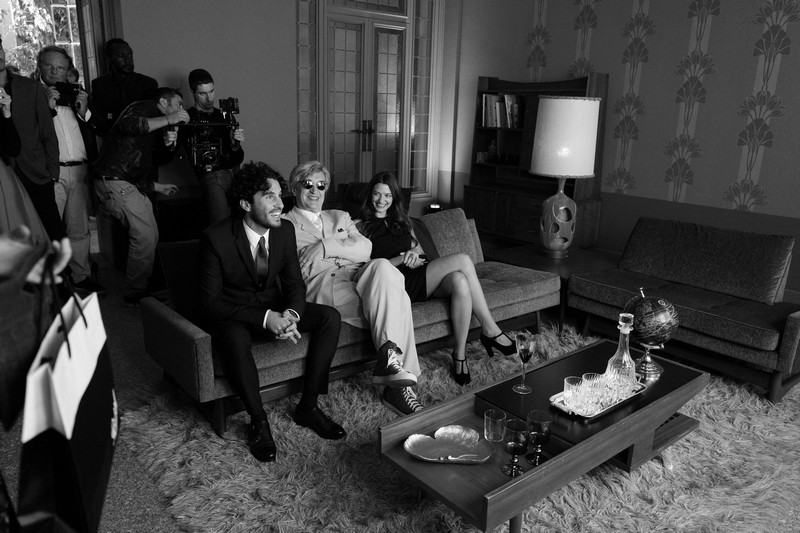 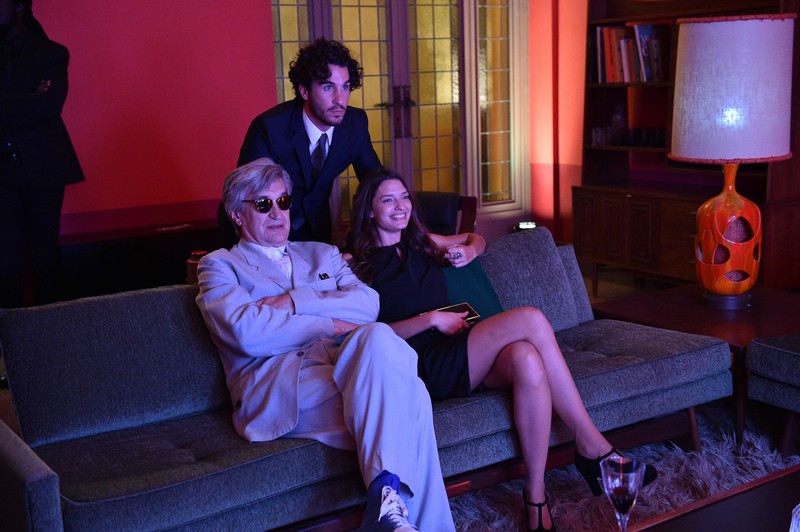 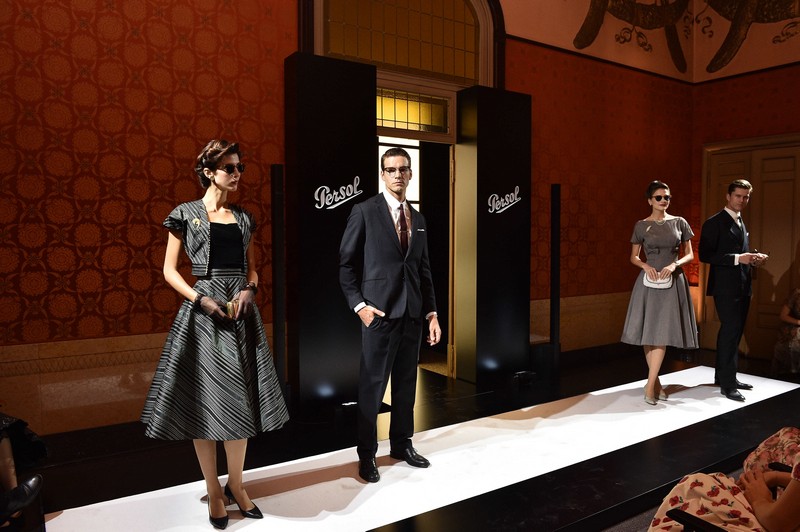 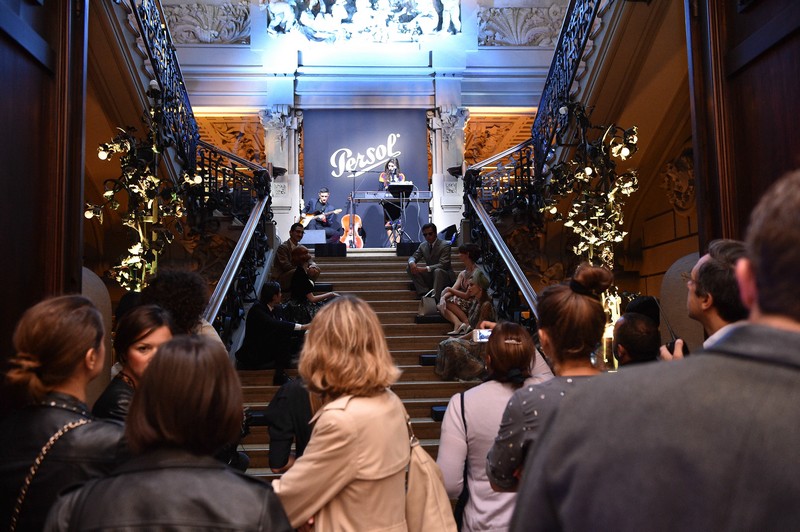 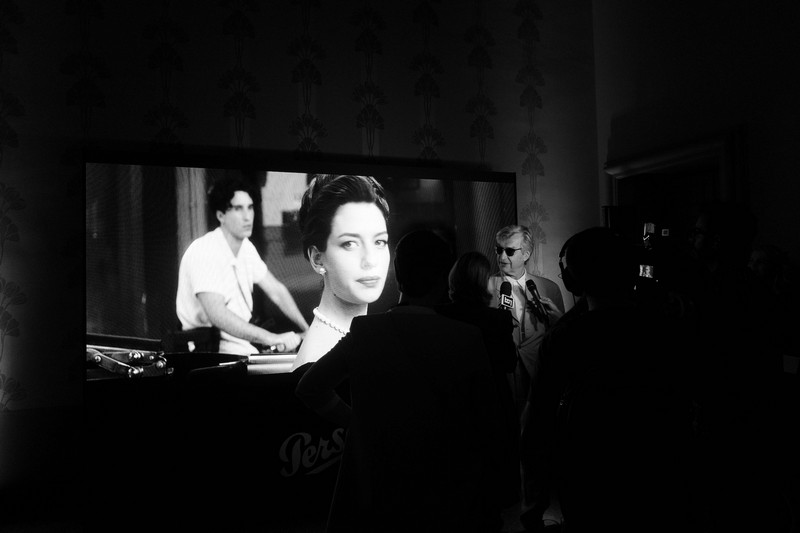 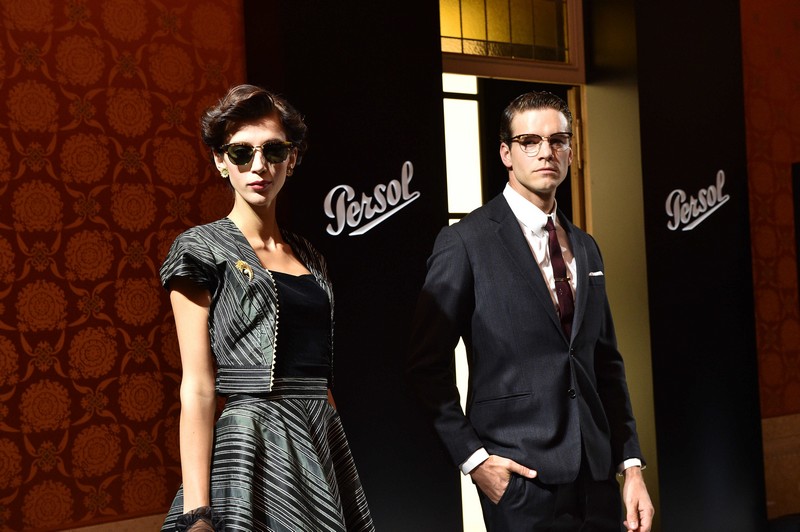 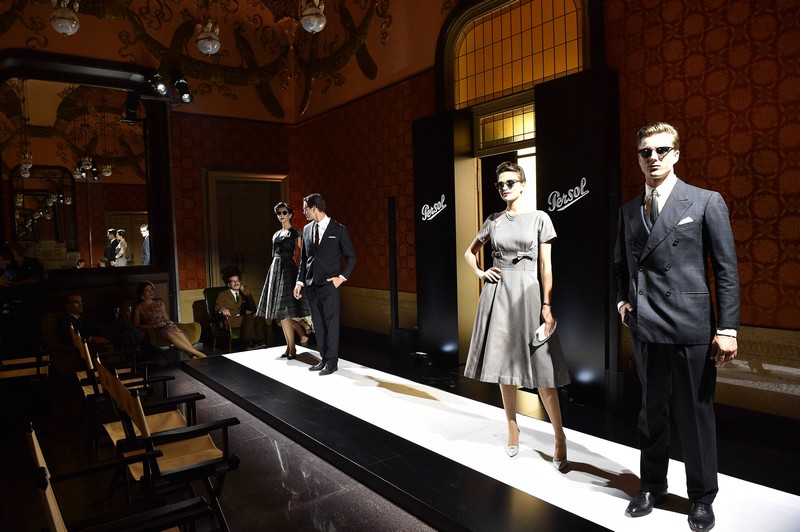 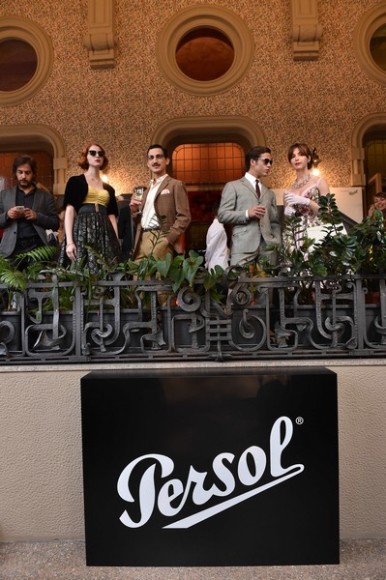 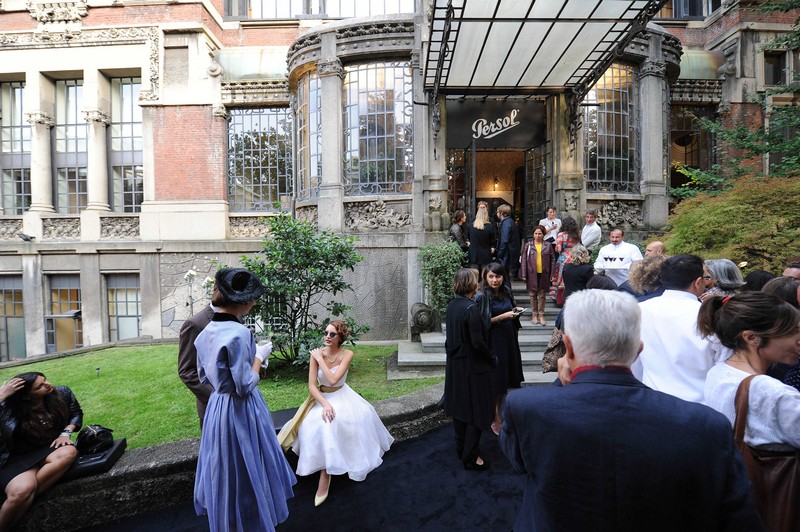 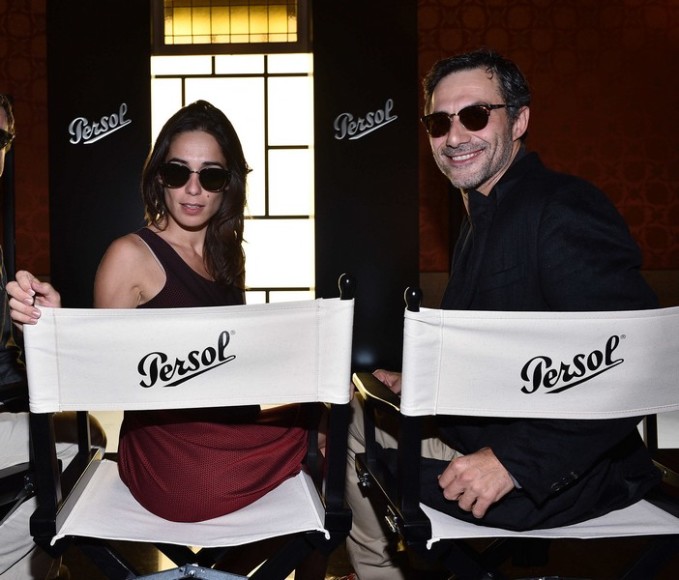 Persol launched and celebrated its latest take on one of its most iconic styles, Persol Cellor, created in 1955 and the new communication campaign through the lenses of an international acclaimed, contemporary, yet iconic, director: Wim Wenders. Doors opened at 6pm with the international unveiling of the short movie by the Maestro that interprets the new Persol Cellor collection and celebrates the spirit of the Italian cinema world of the ’50 thanks to his outstanding talent. “Vai, Paparazzao!” is the title of this amazing movie, shot in Cinecittà in Rome, that recalls the aesthetic of La Dolce Vita and perfectly recreates the atmosphere of a shooting day back in the ‘50. The new advertising campaign and the new version of Persol Cellor, the folding, has been unveiled as well for the first time on September 27th, playing the role of protagonists together with the German director’s masterpiece.
As part of the reveal, the guests entered in a real movie production of the ‘50, in an unknown villa – Palazzo Castiglioni, in the heart of Milan – and an enchanted garden, combined with the voice of Sylvia, an Italian singer who mixes the music’s style of the 50s with the electronic super contemporary sounds. Around 300 guests among International press, tastemakers, influencers, on line outlets joined the event and the experience including Wim Wenders, of course!
Many Italian celebrities joined the event: Francesca Pasquini, Filippo Giusti, Giulio Berruti all starring as actors and actress in “Vai, Paparazzo” by Wim Wenders. Margherita Buy, Mariasole Tognazzi, Filippo Timi, Diane Fleri, Michele Rondino, Luca Marinelli and Vinicio Marchioni.