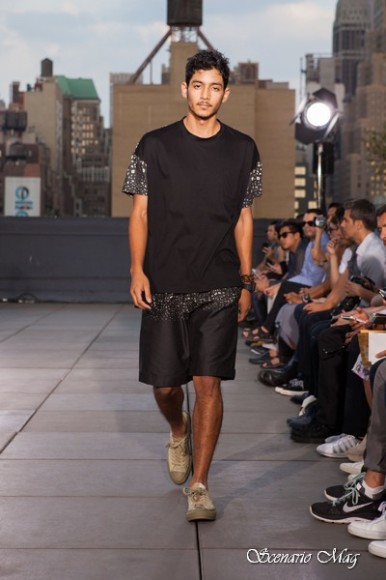 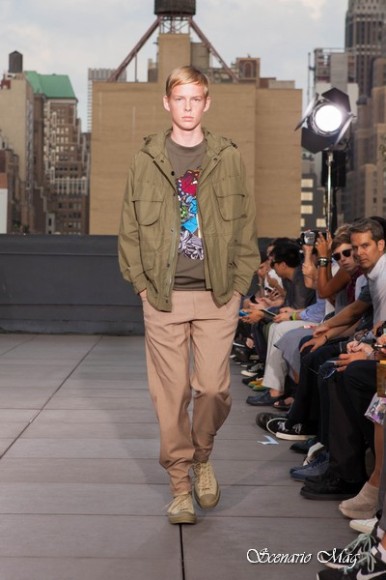 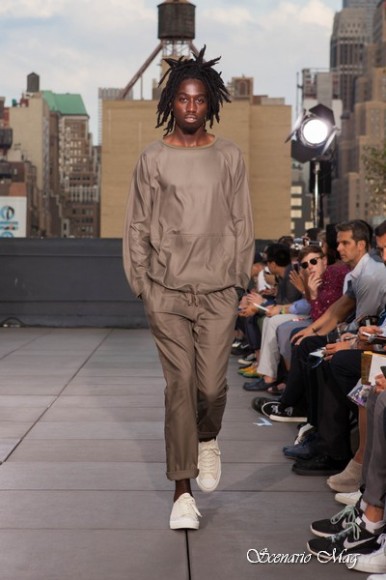 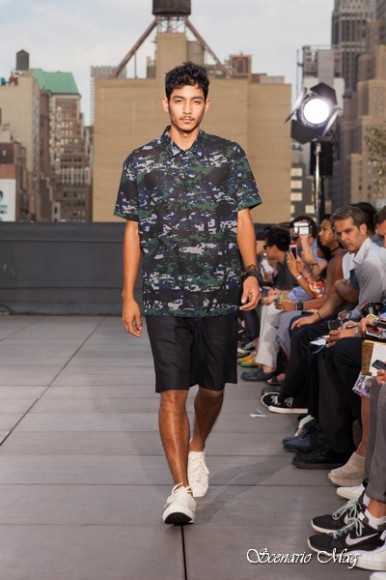 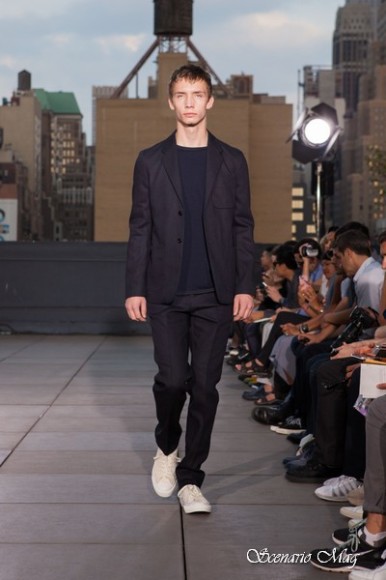 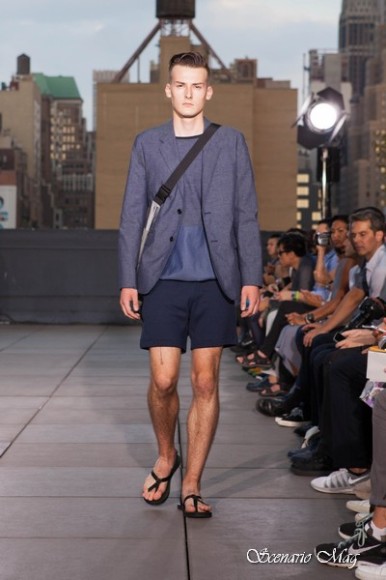 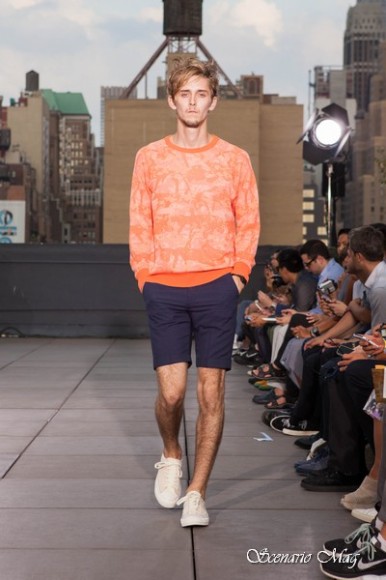 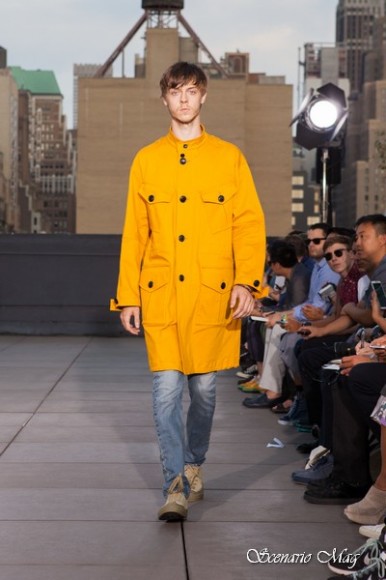 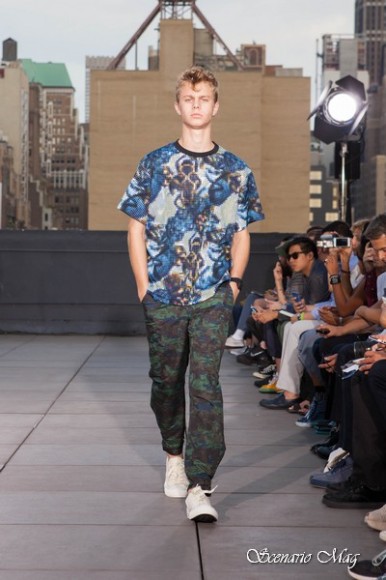 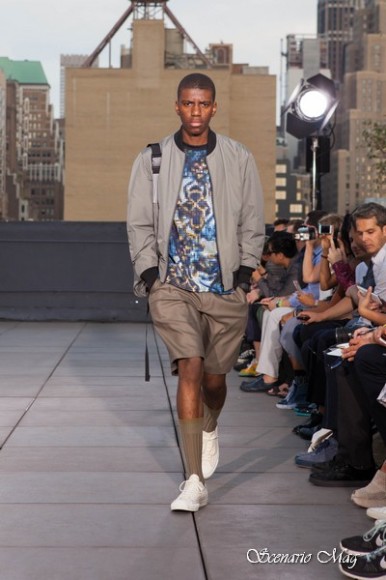 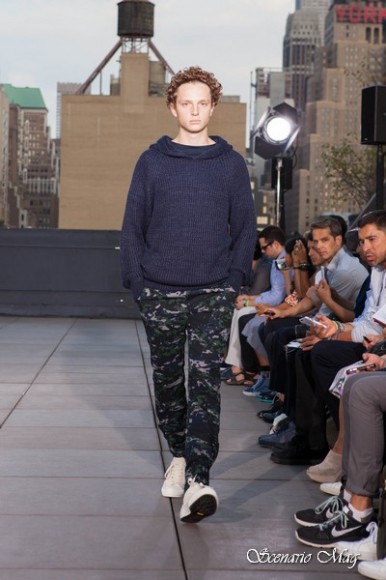 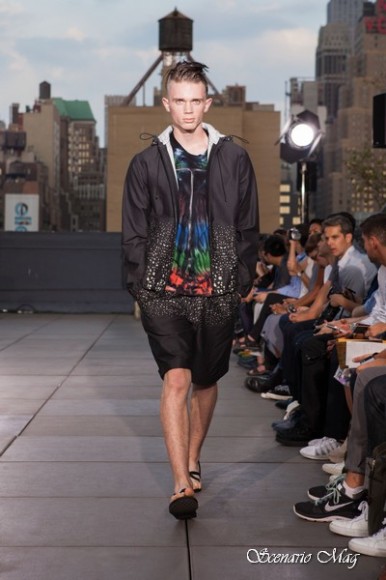 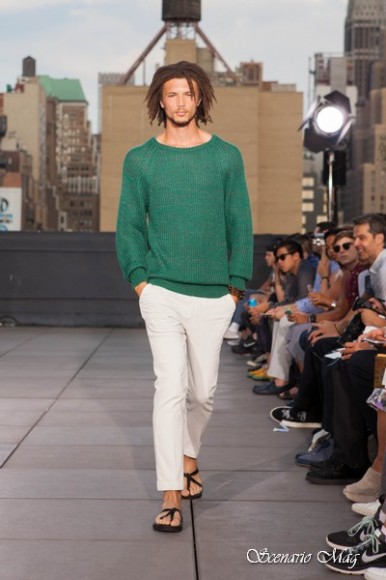 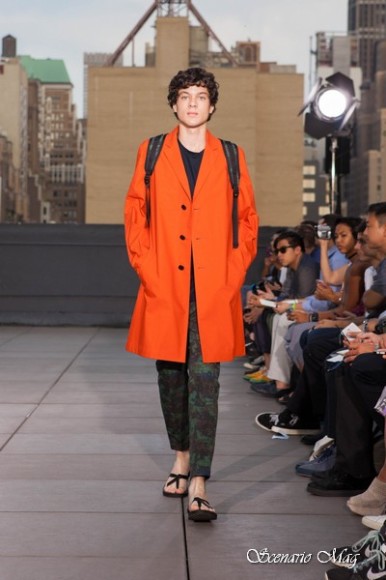 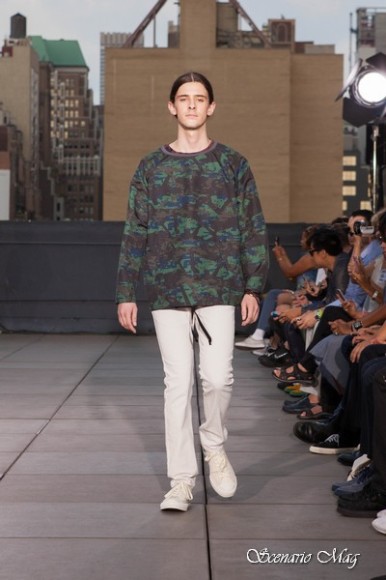 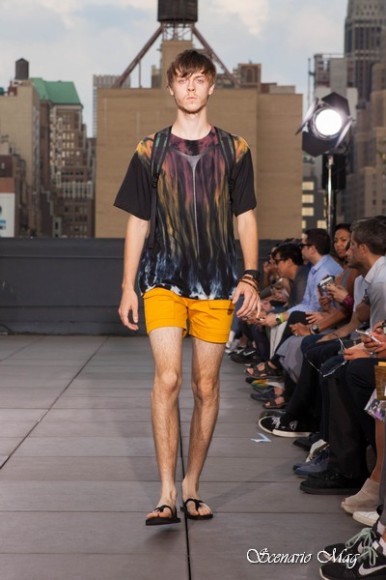 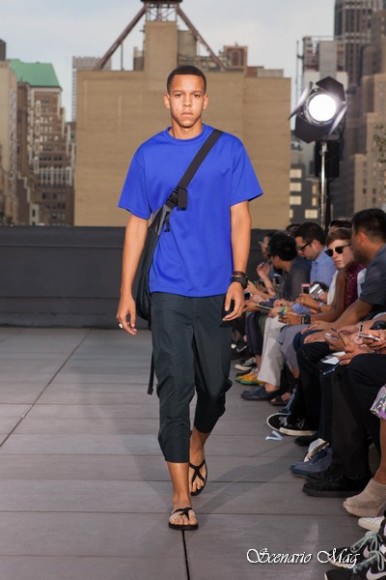 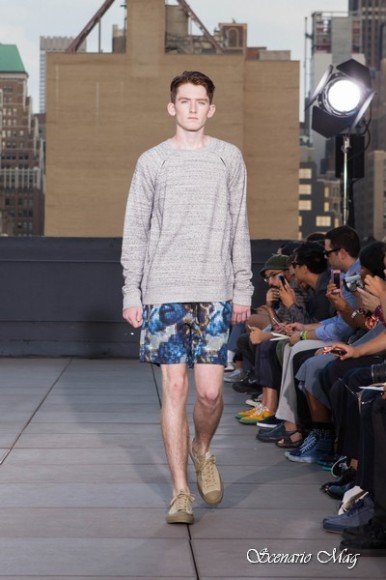 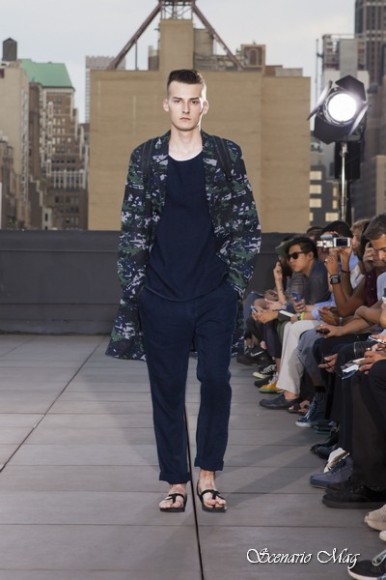 N.HOOLYWOOD designer Daisuke Obana has caught the street athletic bug. In past seasons, Obana has looked to specific decades for inspiration, but this time he’s looking at the present.
“This one focuses on what I want to wear,” he said through a translator. That presented itself in a lineup full of street and athletic influences including technical outerwear, graphic sweatshirts and voluminous basketball-like shorts.
The overriding print was a digitally generated camouflage that Obana said was based on nature and insects. The use of the pattern helped enhance the street cred of the offering.
With this inherently personal offering, Obana revealed a bit of himself, letting go of the costumy references of seasons past, a trend that will serve him well in the future. 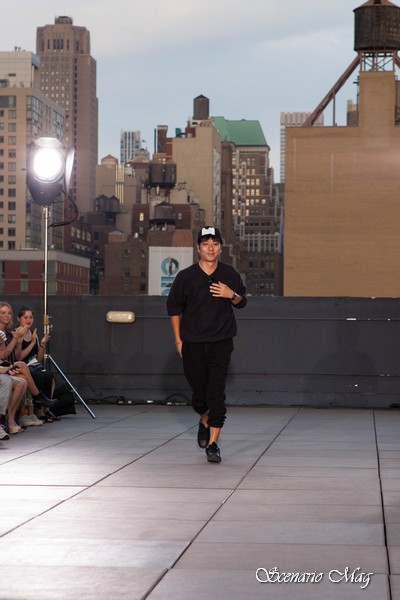