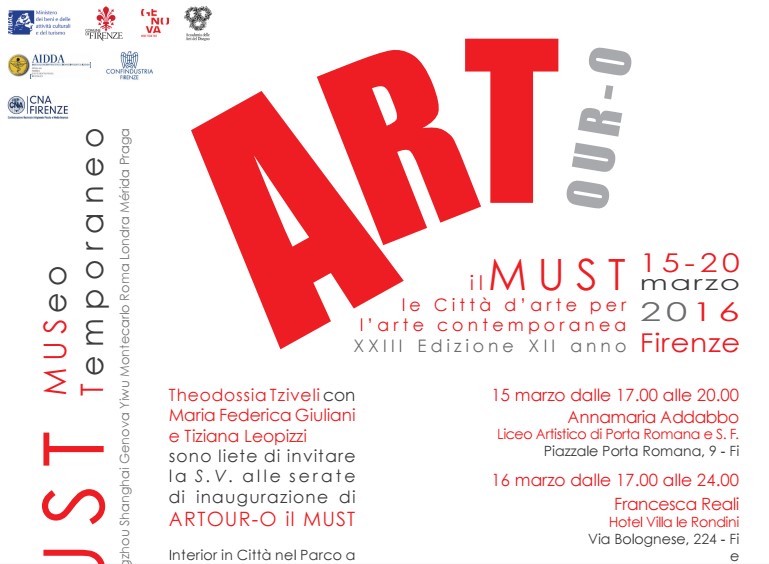 ARTOUR-O il MUST edizione 2016 returns to Florence doubling the exhibition space of its Temporary Museum, In fact, together with Villa Le Rondini is added the prestigious Art School of Porta Romana State and Sesto Fiorentino, at its headquarters in Piazzale Porta Romana 9.
The high school will open for ARTOUR-O the MUST her Gypsoteca, unique in the world space which houses the plaster casts of masterpieces ranging from the fourteenth to the twentieth century.
Godmother of this edition of ARTOUR-O the MUST is Theodossia Tziveli, entrepreneur and world-renowned designer in the fashion and design industry, founder with her husband company Bodies Furs Fashion.
It will be the Art School of Porta Romana State and Sesto Fiorentino to host the opening night of ARTOUR-O il MUST FIRENZE 2016 Tuesday 15 March starting at 17:00. Together all'ideatrice project architect Tiziana Leopizzi, there will be Maria Federica Giuliani, President of V Culture Commission of the City of Florence, The school's director Annamaria Addabbo and Godmother Theodossia Tziveli.
After the greeting of the authorities will be inaugurated in the auditorium of the High School, the exhibition "Meta-Water Route" curated by Maria Chiara Donnini: students and school teachers have been working on the theme of the 50th anniversary of the Florence, offering with their jobs not only a personal reading of the tragic event but also a moment of heartfelt reflection.
During the inaugural event more special concert that blends with elegance and wisdom Art, music and fashion: the designer and president of the "Copernican system" Pola Cecchi has designed specifically for ARTOUR-O a performance that will take place in the magnificent setting of Gyipsoteca. 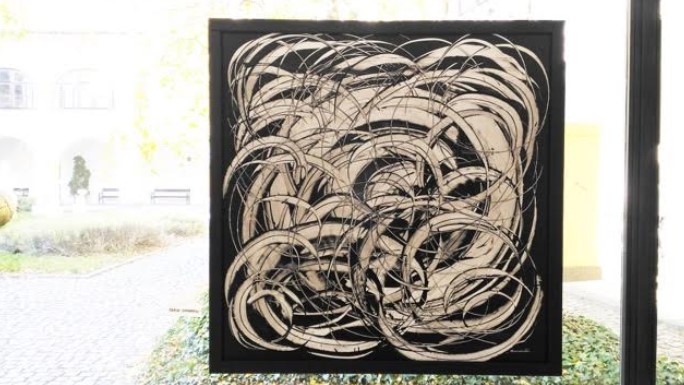 On the opening night there is also space for technology, obviously applied to art: "Ecce iCub". The project Tiziana Leopizzi submit to the Art School of Porta Romana, is the first step of a research that has as its objective the revaluation of man in its Renaissance meaning.
During the opening night, and along all five days of this XXIII edition, visitors can enjoy the works and installations designed to ARTOUR-O il MUST di this year: This holds "Upstream" of Potsy, in addition to the design of the FIAM glass furniture Italy with Cini Boeri and Roberto Paoli, and cardboard Skemp Design and Marcus Homar Carton Factory . Last but not least the eruption of horses and jockeys dell'Ippodomno of Visarno, thanks to Carlo Meli this event for Sanfelice, with Luke and Mara Moschini Masters that accglieranno guests the 16 Villa Le Rondini.
Wednesday 16 March appointment at 10.30 Academy of Arts of the Traditional Design "Path in the City" to move to the afternoon Villa Le Rondini Via Bolognese Vecchia 224, for the opening of the interior section: starting from 18:00 with close to 21:00 When is the special dinner ARTOUR-O table with the menu "and Mate ... I would take in the Festival Hall.
Save The Date
ARTOUR-O the MUST
From 15 to the 20 March 2016
Where - In Florence in two main locations: Villa Le Rondini, Via Bolognese Vecchia 224, from 11:00 until 23:00, and the Art School of Porta Romana and Sesto Fiorentino, at its headquarters in Piazzale Porta Romana 9, until 19:00.
Access to ARTOUR-O the MUST is free. Participation in FOCUS is free while seats. The convivial dinners at the Villa le Rondini 15, 18 and 19 March are by reservation (T. 39 055 400081 mailbox@villalerondini.it), with subsidized costs for ARTOUR-O friends.